Wildnet The Idea of Augmented Reality in App Innovation 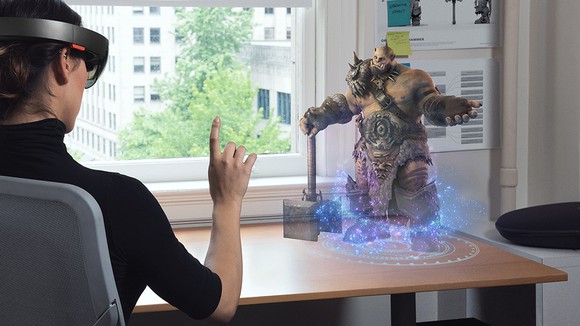 The Idea of Augmented Reality in App Innovation

Presume a scenario where your glasses help you to navigate the shortest and the most secure way to your destination. Spotting a restaurant or a salon on your way will not consume more than a few seconds. Your glasses will fetch the details of every shop you pass by, displaying the name, services it offers, and the star ratings.

Colour green will depict the most preferable route and red will display any hurdles in the path ahead. Beyond a doubt, it is an unprecedented innovation speaking in terms of its utility in routine life. The scientists are keen on enhancing the practicality of this technology that can empower us in real-time.

The power of demonstration

Scientific innovations have led us to comprehend the possibilities that were once beyond our imagination. Last year in August’16, a weather channel staged a total solar eclipse by employing Augmented Reality graphics.

The demonstration had predicted the alignment of the Earth, sun, and moon making a celestial super bowl when the umbra and penumbra of the earth’s natural satellite will obscure the
planet.

Welcome to the world of augmented vision

The news of total solar eclipse had gained millions of views. Needless to say, all of us will, some day in the future, encounter the benefits of enhanced reality perception of the real-world in comparison to what we saw in the demonstration.
Augmented Reality or AR has made some tremendous advancement by facilitating the real world to bits and pieces by augmenting the touch, sound, and graphics. This has indeed, intensified the user experience.

1. Projection – Projection applications with AR-cornerstone are being developed in science labs that leverage the real world objects and surfaces. The application works by casting artificial light onto any physical world surface, a mode for human interaction.

The application will sense the human touch by recognizing the difference of projections, expected and altered. The expected projection will be the actual one that the system has created by the artificial light. The alteration will occur after the human intervention with the projection.

2. Superimposition– Superimposition is about modifying the ambience of an object, partially or fully. The surrounding area of the object will either experience a partial replacement or a complete change in the view.

The concept finds its entirety in the recognition of objects, substantial reason of which is the inability of the application to substitute the augmented view from the real-life view.

IKEA, a multinational group that specializes in designing and selling of knock-down home accessories, kitchen appliances, and furniture used AR’s superimposition. This is where IKEA has leveraged all AR empowered tools at its disposal for the development of customer-facing paradigm. The app enables the consumers to place the furniture (IKEA manufacturing) in their home and visualize the backdrop. Consequently, helping them in making better buying decisions.

AR is the future

Every single scientific innovation we encounter today is the result of simplifying complexity in our day to day lives. Interacting with any real-world object to control your ambience is just a thought away.

Unquestionably, our globe has now transformed to an appreciable extent where we look at controlling objects with just a tap, the contribution of Augmented Reality!

Wildnet is participating in AR innovation

New technology brings new possibilities! We, at Wildnet, are employing the realm of Augmented Reality at it has the inexplicable potential of simplifying the tasks and the dealing with time constraints.

We are in the course of developing an android app based on AR. Among our various AR-backed experiments, one project aims to simplify the learning experience of medical students. Augmented Reality in healthcare is now in use! AR App would enable the users to download an image of a human and study anatomy.

It is a one-of-the-very-many idea that is somewhat imaginable. However, considering the advancements the globe has witnessed, all we can say is, “It’s just a start!”