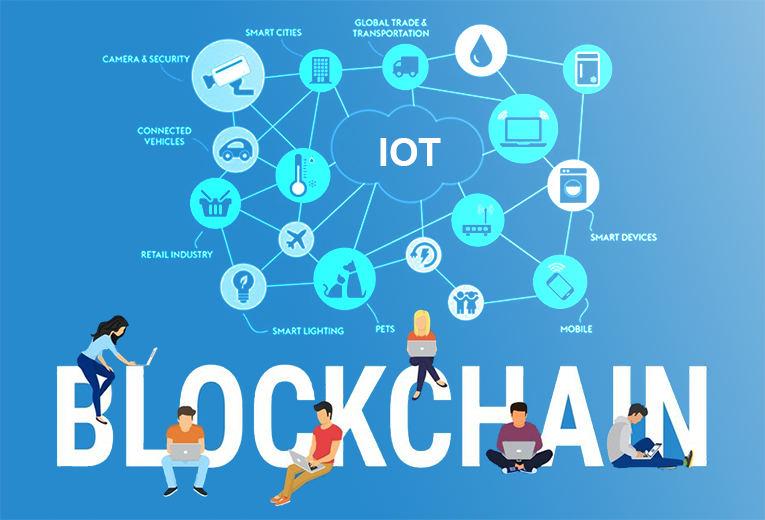 More than 8 Billion devices connected to Internet of Things, were in use in 2017. According to Gartner Inc, this figure is likely to soar to 20.4 Billion by 2020 with total spending to have already crossed $2 Trillion in the past two years. World’s highest tech regions Western Europe, North America, and Greater China are the first known drivers of IoT where the three combined represent more than 67% of the concept implementation in 2017. The steady growth in potential and popularity of IoT has, indeed, made it a far-reaching technology today.

Then it’s the Blockchain technology which set to revolutionize the world we live in! However, the convergence of the two technologies will go beyond everything experts have ever anticipated, given their individual benefits. It is quite evident from the trends and statistics showing more than 20% IoT devices set to leverage Blockchain at their rudimentary stage by 2019.

What factors have led the leading industries to integrate the two groundbreaking technologies?

We are still in infancy of this convergence. However, since the amalgamation of two has been introduced on global scale, IoT- Blockchain has continuously been transforming and advancing at a rapid rate. For instance, IBM’s Blockchain extends into cognitive IoT where it will ultimately result in AI-IoT-Blockchain package for IoT applications and various industry verticals.

Factors that resulted in blend of two major technologies–

A) When SECURITY is your prime consideration – Blockchain, undoubtedly made a big splash in the last decade. As for IoT, past few years have been equally interesting. But, industrialists have raised concerns about security in latter which is the cornerstone of DECENTRALIZED NETWORK. Smart home devices, for example, have access to our personal details including our day-to-day routine and almost everything. Security in such devices is minimal.

However, on implementing Blockchain to these connected devices, we add a security layer that will restrict the data access. Every person would have to find a way through this security layer, underpinning encryption standards able to withstand the most adverse conditions. Moreover, Blockchain is decentralized and getting a single-point failure is just not possible, regardless of network population.

B) No cases of OVERSIGHTS– Organizations handling multiple networks that manage countless data transactions will apparently have no cases of human oversight. Blockchain deters HUMAN INTERVENTIONS by limiting the write-access to alter the transactions with inaccurate information.

C) Vulnerability of BUSINESS NETWORKS – Business networks comprise of countless participants and industries where exchange of services or goods is prominent. Industries such as transportation, finance, logistics, communications, energy, and manufacturing have their own networks. The major concern arises during the exchange is TRANSACTION TRACKING, a time-consuming and complicated process. One such transaction requires more-than-anticipated expense and time. The process of tracking the transactions is thus highly inefficient and vulnerable.

Blockchain intervention due to its characteristic feature of decentralized networking can efficiently solve the problem. A shared, distributed ledger is, undoubtedly, a safer bet than any paperwork.

Not every organization can implement IoT-Blockchain convergence. However, these industries are empowered by the two technologies and their blend with anticipated impressive momentum –

Back in 2014, Maersk discovered that a cargo of refrigerated goods from Africa to Europe passes through nearly 30 organizations and people altogether with hundreds of communications. Viewing this problem through Hyperledger Fabric cuts the entire paper communication and implements supply chain digitization process. Blockchain promotes transparency among involved parties. The solution has resulted in significant reduction of errors and transportation time, improved management of inventory, simplified shipping process, and reduced cost.

Slock.it uses the technologies convergence by developing a USN, an acronym of Universal Sharing Network. USN creates an online market of connected things. USN enables secure renting, selling or sharing of object. Incorporating smart contracts will cater to obvious parameters of transparency and data privacy by authorizing the access.

Other organizations to introduce Blockchain in their business processes are WaltonChain, VeChain, Ambrosus, Modum, and Wabi. Even Walmart, the retail giant, employs the convergence to address concerns such as trackability, traceability, and speed. IoT alone presents countless opportunities to generate revenue in various business verticals. However, with Blockchain driving it, this all becomes more viable in terms of security and transparency of transactions. The impact would be massive!